To stop copycats, Snapchat shares itself 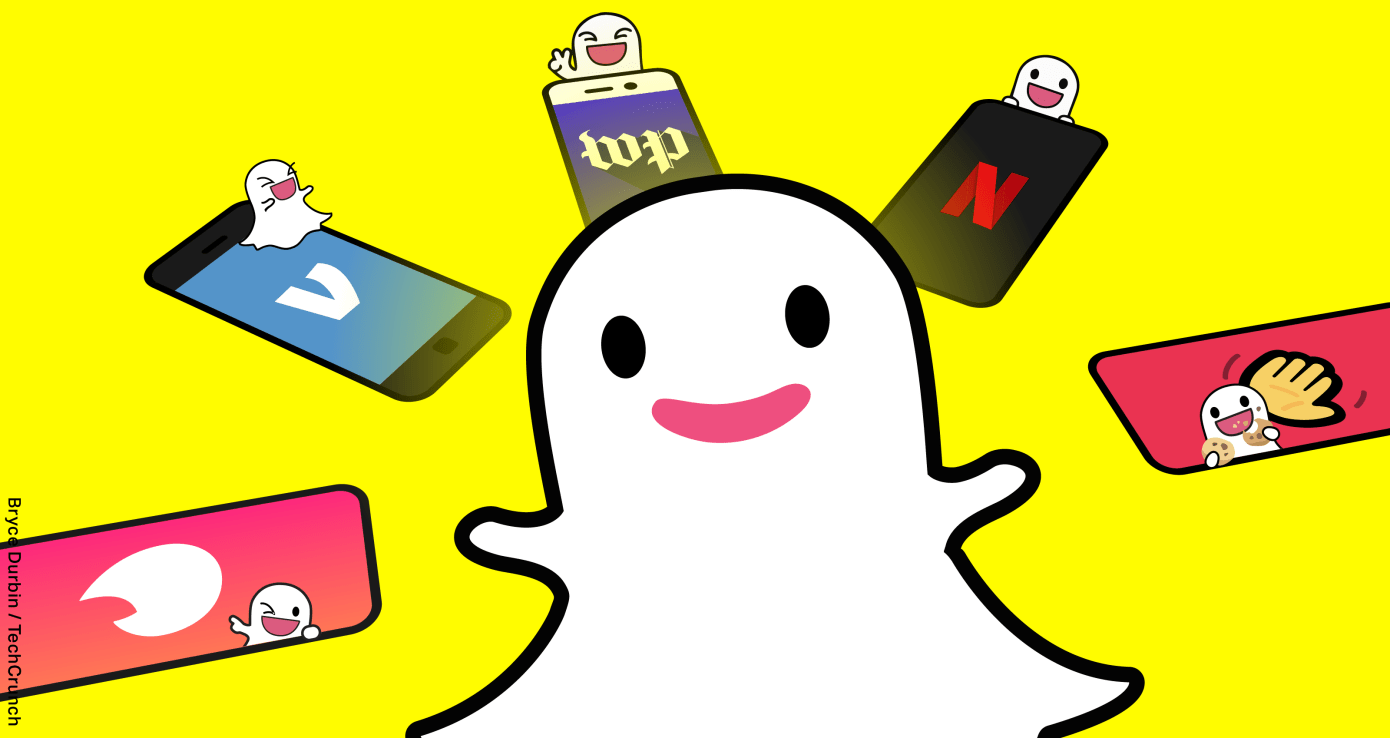 Evan Spiegel has finally found a way to fight back against Mark Zuckerberg’s army of clones. For 2.5 years, Snapchat foolishly tried to take the high road versus Facebook, with Spiegel claiming “Our values are hard to copy.” That inaction allowed Zuckerberg to accrue more than 1 billion daily Stories users across Instagram, WhatsApp and Facebook compared to Snapchat’s 186 million total daily users. Meanwhile, the whole tech industry scrambled to build knock-offs of Snap’s vision of an ephemeral, visual future.

But Snapchat’s new strategy is a rallying call for the rest of the social web that’s scared of being squashed beneath Facebook’s boot. It rearranges the adage of “if you can’t beat them, join them” into “to beat them, join us.” As a unified front, Snap’s partners get the infrastructure they need to focus on what differentiates them, while Snapchat gains the reach and entrenchment necessary to weather the war. 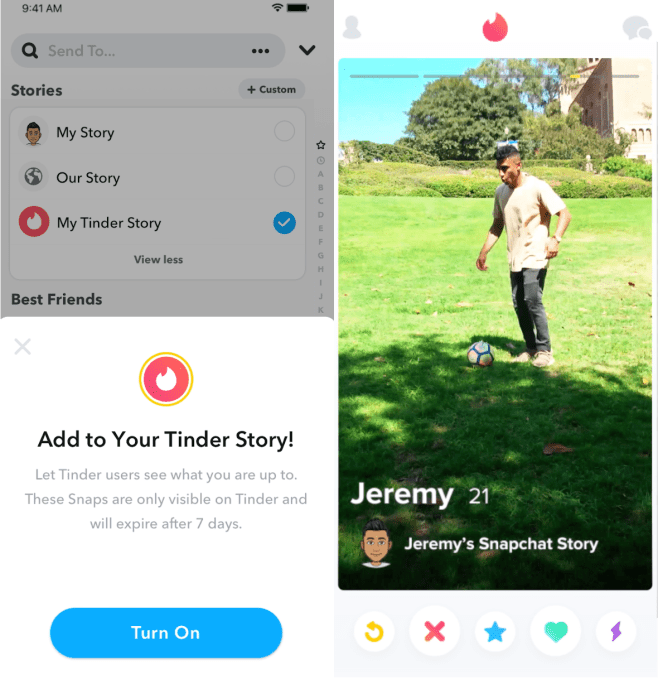 Tinder lets you use Snapchat Stories as profile photos

Snapchat’s plan is to let other apps embed the best parts of it rather than building their own half-rate copies.

Why reinvent the wheel of Stories, Bitmoji and ads when you can reuse the original? A high-ranking Snap executive told me on background that this is indeed the strategy. If it’s going to invent these products, and others want something similar, it’s smarter to enable and partly control the Snapchatification than to try to ignore it. Otherwise, Facebook might be the one to platform-tize what Snap inspired everyone to want.

The “Camera company” corrected course and took back control of its destiny this week at its first-ever Snap Partner Summit in its hometown of Los Angeles. Now it’s a camera platform thanks to Snap Kit. Its new Story Kit will implant Snapchat Stories into other apps later this year. They can display a more traditional carousel of your friends’ Stories, or lace them into their app in a custom format. Houseparty’s Stories carousel shares what your buddies are up to outside of the group video chat app. Tinder will let you show off your Snapchat Story alongside your photos to seduce potential matches. But the camera stays inside Snapchat, with new options to share out to these App Stories. 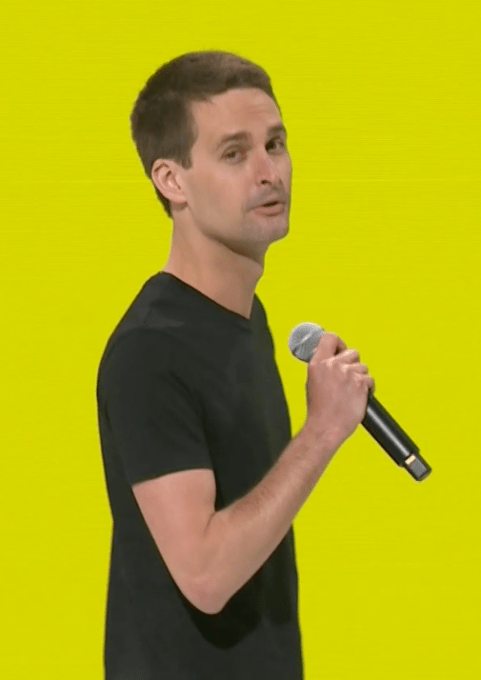 This is how Snapchat colonizes the native app ecosystem similarly to how Facebook invaded the web with the Like button. Snap’s strong privacy record makes these partners willing to host it where now they might fear that Facebook and its history with Cambridge Analytica could tarnish their brand.

Instead of watching these other apps spin up mini competitors that further fragment the Stories world, Snap saves developers the slow and costly hassle while instantly giving them best-in-class tools to boost their own engagement. Each outpost makes your Snapchat account a little more indispensable, grants its camera new utility and reminds you to visit again. It’s another reason to stick with Snap rather than straying to other versions of Stories.

If Spiegel knows what’s up, he’ll douse the Story Kit partnerships team with resources so they can sign up as many apps as possible before Facebook can copy this idea too. For now, Snap isn’t injecting ads into App Stories, but it could easily do so and split the cash with its host. This would attract partners, generate revenue and give Snap’s advertisers more reach. 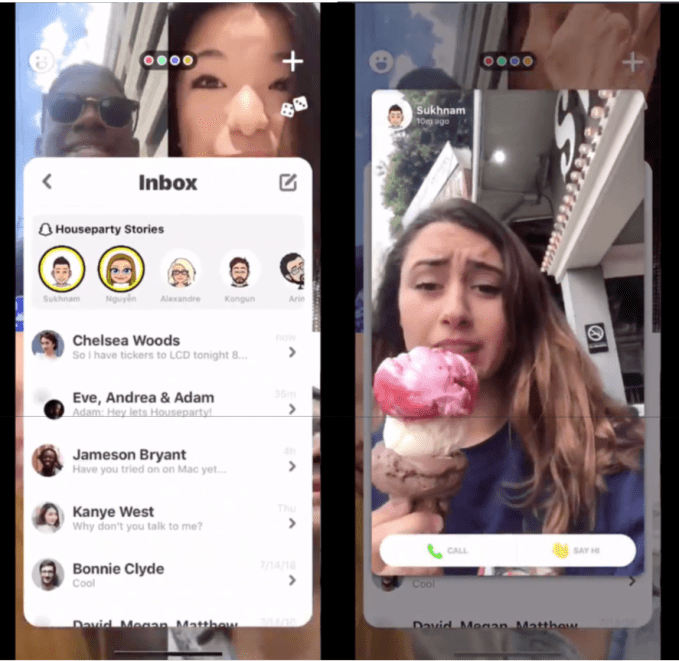 Either way, Snap will score those benefits with its new Ad Kit. Later this year theSnapchat Audience Network will launch, allowing partners to host Snap’s full-screen vertical video ads and earn an as-yet-undisclosed revenue share. They won’t have to build up an ad sales force or build an auction and delivery system, but just drop in an SDK to start displaying ads to both Snapchat users and non-users. The company’s message again is that it’s becoming easier to cooperate with Snapchat than copy it.

Giving its advertisers more reach and reusability for Snap’s somewhat proprietary ad unit format helps Snap address its core challenge: scale. Snap’s 186 million total users can look small in comparison to Instagram, Facebook or YouTube, especially because that count sank in Q2 and Q3 before stabilizing in Q4of last year. That makes it tougher for advertisers to justify the chore of spending on Snapchat. Ad Kit and potentially Story Kit give Snap more reach even without user growth.

Added size could tip the cards in Snap’s favor given that it’s already popular with an extremely important demographic. Snapchat now reaches 75 percent of 13 to 34-year-olds in the U.S., and 90 percent of 13 to 24-year-olds there. It claims to now reach more of that younger age group than Facebook in the most lucrative countries: the U.S., Canada, U.K., France and Australia.

Facebook has massively neglected this segment. Case in point: Facebook Messenger’s Stickers feature that’s popular with kids has hardly improved since its launch in 2013, which I hear was a fight to get approved internally. Meanwhile, Snapchat keeps growing its lead on virtual identity with Bitmoji. Now Snap will let you put your personalized Bitmoji avatar on your Fitbit smartwatch face, use them to joke about Venmo purchases and even represent yourself with one in Snap’s new multiplayer games platform.

Again, Snap wants partners to integrate the real thing rather than try to build some half-assed facsimile of Bitmoji. Surprisingly, Facebook’s Avatars have been mired in development for more than a year and Apple’s Memoji can’t escape iMessage and FaceTime yet. That’s why Snapchat would be wise to double-down on trying to make Bitmoji the ubiquitous way to represent yourself without a photograph. Facebook’s lack of design cool and Bitmoji’s massive head start with this differentiated product is a powerful way for Snap to wedge itself into partnerships.

Snap needs all the help it can get if the underdog is going to carve out a substantial and sustainable piece of social networking. Teaming up was the theme of the rest of the Snap Partner Summit. It’s built ways for Netflix, GoFundMe, VSCO and Anchor to share stickers, and for publishers like The Washington Post to share articles back to Snapchat. It’s got Zynga and ZeptoLab building real-time multiplayer Snap Games that live inside chat and are a clever way of slipping ads into messaging.

Snapchat’s new Scan augmented reality utility platform has signed up Giphy and Photomath as well as former partners Shazam and Amazon to let you squeeze extra interactivity out of your surroundings. And since the physical world is too vast for any one developer to fill with AR experiences, Snap beefed up its Lens Studio platform with new templates and creator profiles so developers add to its war chest of 400,000 special effects. Facebook may be able to clone Snap’s features, but not its developer army.

“If we can show the right Lens in the right moment, we can inspire a whole new world of creativity,” says Snap co-founder Bobby Murphy . From partnerships to utilities to toys, all the new announcements drive attention back to Snapchat’s camera. That makes it ripe to become the augmented reality browser of the world. 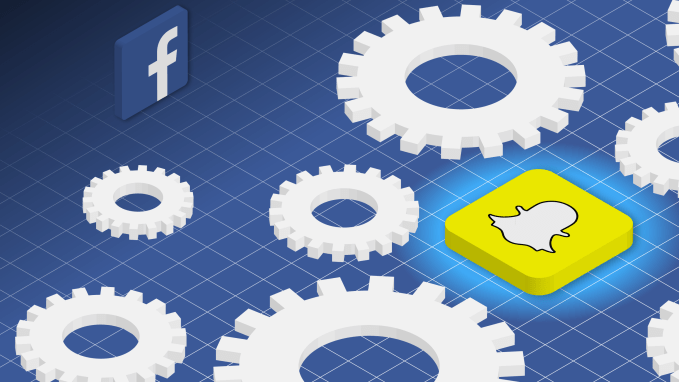 It all feels like a coming of age moment for Snapchat, punctuated by the glitzy press event where media bigwigs noshed on Chinese steak buns and played with AR art installations in West Hollywood.

Spiegel has discovered a method of capitalizing on his penchant for inspiring mobile product design. With this strategy in place and Snap’s re-engineered Android app and new languages rolling out now, I believe Snapchat will grow again, at least in terms of deeper engagement if not also total user count. Perhaps it will need a little bit more funding to get it over the hurdle, but I expect it will reach profitability before the end of 2020.

During a pre-event press briefing with a dozen Snap executives, including Spiegel and Murphy (that was on “background” so we can’t quote or specify who said what), one Snap higher-up joked that Facebook has been copying it for seven years so it’s started to feel normal. Zuckerberg recently declared he wanted to reorient Facebook around privacy, ephemerality and messaging — the core tenets of Snapchat. But a Snap leader used some colorful language to describe how they don’t care what Facebook says its philosophy is until it fixes the 2 billion-user product that keeps doing harm.

Subtly throwing shade from the stage, Spiegel concluded that “Our camera lets the natural light from our world penetrate the darkness of the internet . . . as we use the internet more and more in our daily lives, we need a way to make it a bit more human.” That apparently means making other apps a bit more Snapchat.