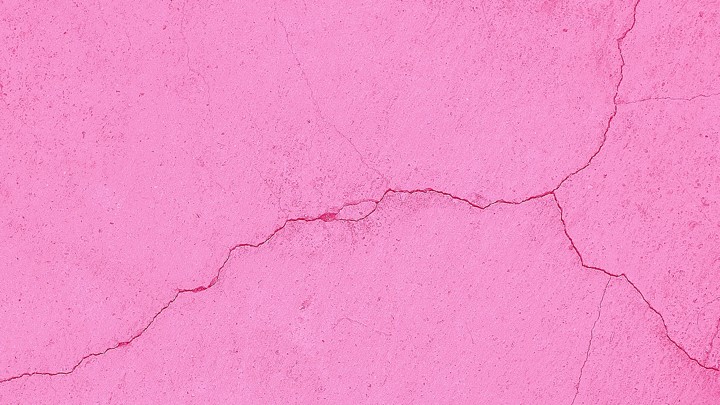 As Instagram has grown to more than 1 billion monthly users, it has ushered in a very particular look: bright walls, artfully arranged lattes and avocado toast, and Millennial-pink everything, all with that carefully staged, color-corrected, glossy-looking aesthetic. Photos that play into these trends perform so well on Instagram that the look became synonymous with the platform itself, then seeped into the broader world. Even if you don’t use the app, you’ve undoubtedly encountered an “Instagram wall,” a pop-up experience like the Museum of Ice Cream, or a brightly patterned restaurant bathroom just made to be photographed.

No one has capitalized on this look’s popularity more than influencers. Some have even started to make thousands of dollars on photo presets that warp anyone’s pictures to fit this mold. But every trend has a shelf life, and as quickly as Instagram ushered in pink walls and pastel macaroons, it’s now turning on them. “Avocado toast and posts on the beach. It’s so generic and played out at this point. You can photoshop any girl into that background and it will be the same post,” said Claire, a 15-year-old who asked to be referred to by a pseudonym because of her age. “It’s not cool anymore to be manufactured.”

Fast-rising young influencers such as Emma Chamberlain, Jazzy Anne, and Joanna Ceddia all reject the notion of a curated feed in favor of a messier and more unfiltered vibe. While Millennial influencers hauled DSLR cameras to the beach and mastered photo editing to get the perfect shot, the generation younger than they are largely post directly from their mobile phones. “Previously influencers used to say, ‘Oh, that’s not on brand,’ or only post things shot in a certain light or with a commonality,” says Lynsey Eaton, a co-founder of the influencer-marketing agency Estate Five. “For the younger generation, those rules don’t apply at all.”

In fact, many teens are going out of their way to make their photos look worse. Huji Cam, which make your images look as if they were taken with an old-school throwaway camera, has been downloaded more than 16 million times. “Adding grain to your photos is a big thing now,” says Sonia Uppal, a 20-year-old college student. “People are trying to seem candid. People post a lot of mirror selfies and photos of them lounging around.”

Take Reese Blutstein, a 22-year-old influencer who has amassed more than 238,000 followers in just over a year by posting unfiltered, low-production photos of herself in quirky outfits. (A recent flash photo into a mirror with her dog picked up more than 5,000 likes). She, like many members of her generation, doesn’t stress about posting almost the exact same photo twice in a row, something first-generation influencers wouldn’t dream of. “I’m not afraid to over-post. I don’t think, Oh, will this mess up how my feed looks,” she says. “I don’t think too much about it. If I like an image, I just post it.”

Anything that feels staged is as undesirable for Blutstein’s cohort as unfiltered or unflattering photos would be for older influencers. “For my generation, people are more willing to be who they are and not make up a fake identity,” she says. “We are trying to show a real person doing cool things as a real person, not trying to create a persona that isn’t actually you.”

Matt Klein, a cultural strategist at the consultancy Sparks & Honey, also says he’s seen a gradual shift away from the rainbow-colored preplanned photos that dominated the platform in late 2017. “We all know the jig is up,” he says. “We’ve all participated in those staged photos. We all know the stress and anxiety it takes. And we can see through it. Culture is a pendulum, and the pendulum is swaying. That’s not to say everyone is going to stop posting perfect photos. But the energy is shifting.”

Over the past year, “Instagram vs reality” photos have grown in popularity as influencers attempt to make themselves seem more accessible. Earlier this month at Beautycon, a beauty festival, Instagram stars spoke about moving away from ring lights and toward showing off their faces in sunlight. As the public becomes more aware of the prevalence of sponsored posts, beauty influencers are abandoning branded shots for ones that show off their “empties” (empty bottles of product they actually use). A growing number of accounts are dedicated to calling out the various cosmetic procedurescelebrities and influencers have had. Influencers have also been actively speaking out themselves about burnout, mental health, and the stress that comes with maintaining perfection.

“Everyone is trying to be more authentic,” says Lexie Carbone, a content marketer at Later, a social-media marketing firm. “People are writing longer captions. They are sharing how much money they make … I think it all goes back to, you don’t want to see a girl standing in front of a wall that you’ve seen thousands of times. We need something new.”

James Nord, the CEO of Fohr, an influencer-management platform, says he sees this shift play out in his clients’ numbers every day. “What worked for people before doesn’t work anymore,” he says. “For the first time, influencers are coming up against this problem of, How do I continue to grow as tastes change?” A year ago, an influencer could post a shot with manicured hands on a coffee cup and rake in the likes—but now, people will unfollow. According to Fohr, 60 percent of influencers in his network with more than 100,000 followers are actually losing followers month over month. “It’s pretty staggering,” he says. “If you’re an influencer [in 2019] who is still standing in front of Instagram walls, it’s hard.”

The platform itself could be partially responsible for how things have evolved. Whereas Instagram started as a purely visual feed of filtered photos, it has morphed into a messy, tangled social network where photos fight with stories, IGTV, GIFs, and video clips for attention. For many users, a photo itself is just a way to vent in the captions or comment section.

According to Taylor Cohen, a digital strategist at the advertising agency DDB, the Instagram aesthetic’s saturation point came sometime in mid-2018. “It’s not the same as it was even a year ago,” she says. Consider, for example, the Happy Place, an Instagram museum that opened to great fanfare in Los Angeles in 2017 and bills itself as the “most Instagrammable pop-up in America.” When it opened, people were thrilled to fork over the nearly $30 admission price ($199 for a VIP pass). But when it arrived in Boston this month, it landed with a thud. “I would not go,” said Claire, the 15-year-old. “I’d rather take pics in front of a library or something.”

Instagram museums and walls were built to allow normal people to take influencer-quality photographs—but they worked so well, those types of photos became common enough that they don’t resonate like they used to. In the beginning, “you had everyone posting these normal photos, and so that rainbow-food photo stood out,” Klein says. “But because so many people adopted that aesthetic, that has become passé. We’re living in influencer overload.”

Plus, all that perfection is a grind. “I spent so many months looking for a wall that was a certain color,” says Sarah Peretz, a Los Angeles–based influencer known for her stylized, hyper-saturated feed. “There came a point in my life where all I’d be looking for was walls, walls, walls. I was like, Guess what day it is? It’s another wall.” After interrupting a vacation to take a picture against a roadside casino’s perfect orange wall, she decided enough was enough. She began pivoting her feed away from the traditional Instagram aesthetic and started experimenting with drone photography and more creative formats. She says wall photos had become boring to her audience anyway, who are more interested in entertaining Instagram Stories than flat photos.

Last year, Kristen Ruby, the president of Ruby Media Group, a public-relations consulting firm, splurged on a blowout and waiting in an endless line at an Instagram museum—but now, she says, she doesn’t think the pop-ups are worth it. These days, like many users, she doesn’t think too much about her feed and posts more frequently on Instagram Stories. “You don’t have to think about colored walls, the filter, or the people in the background in the way of your perfect candytopia photo,” she says.

As the ideal Instagram look shifts, brands are, as ever, eagerly trying to catch the next wave. “For brands to seem cutting edge, they can’t paint a wall and say that’s what they’re doing,” Nord says. “That aesthetic … is no longer viable.” Cohen points to Glossier as an example of a brand that’s using Instagram in a more modern way. The beauty brand shares a mix of memes, natural-looking close-ups, and recently, a cute video of a sloth “just because.”

Ultimately, Eaton says, “people are just looking for things they can relate to.” And “the pink wall and avocado toast are just not what people are stopping at anymore.”