The Future of Shopping Is Already Happening in China 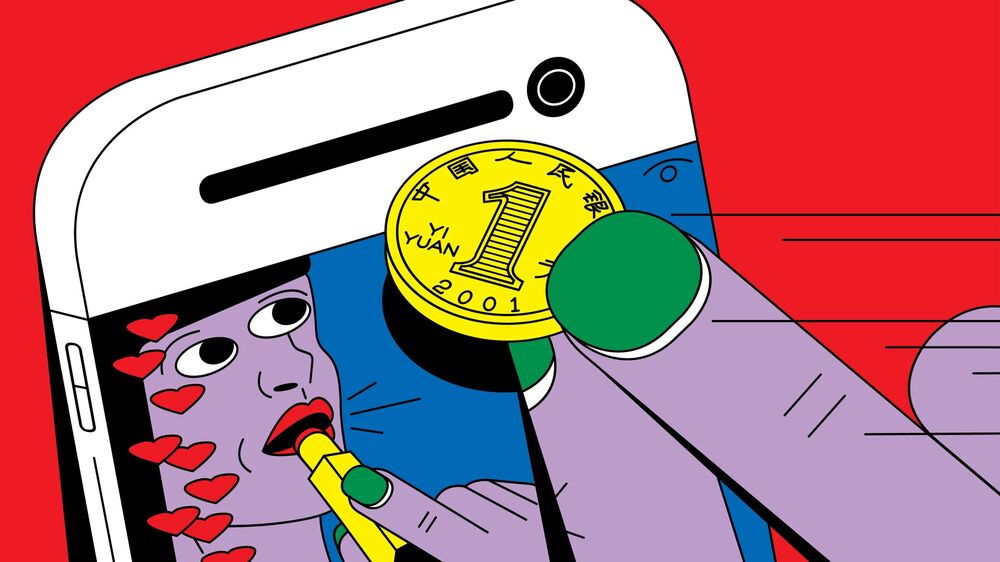 When Shanghai university student Milky Guan buys cosmetics, she isn’t impressed by beauty stores and big name brands. Instead, the 20-year-old relies on a Chinese social media shopping website called Xiaohongshu, or Little Red Book, to figure out what’s hot and what’s not. On Xiaohongshu—a startup that’s part e-commerce portal and part social media platform—Guan follows a popular online beauty influencer who teaches her fans how to apply makeup. During a recent livestream demonstration by the blogger, Guan snapped up four different cosmetic products within minutes—simply clicking on links embedded in the video.

Guan is among the millions of shoppers born after 1996, known as Generation Z, who are starting to upend China’s sprawling retail industry. They’ve been raised on mobile devices, and social media isn’t just where they spend time—it’s where they spend cash. This new era in Chinese shopping offers a glimpse into the likely future of retail around the world. More than $413 billion of goods will be sold through social e-commerce in China by 2022, an almost fivefold increase from $90 billion in 2017, according to researcher Frost & Sullivan.

That has everyone from retail giant Alibaba Group Holding to upstarts such as iQiyi, China’s version of Netflix, and Bytedance, which operates the short video app TikTok, racing to lure the Gen Z dollar. “The young generation has great passion and curiosity to explore something new,” says Zhang Xiaobo, general manager of the intelligent television division at iQiyi, the country’s largest streaming video website. “They are leading the trend for a consumption upgrade, and they’re a consumer group that we can’t ignore.”

When iQiyi’s subscribers watch TV series or other shows on their computers, web links appear at the bottom of the screen. These take them to the company’s online mall, where they can buy clothes and products used by celebrities on the show.

New technology that iQiyi released in January also encourages shopping on a cellphone while watching television. Viewers who like what an actor is wearing can now purchase the item directly from their phones. They use a remote control to pull up a QR code that they scan with their phone to link directly to iQiyi’s online store to complete the purchase.

E-commerce accounts for only a small portion of iQiyi’s revenue, but it’s growing fast as young Chinese embrace new technologies, Zhang says, without providing specific numbers. Social shopping in China is expected to reach 15 percent of online sales by 2022, up from 8.5 percent in 2017, according to Frost & Sullivan.

In the U.S., platforms including Instagram and Snapchat have started adding direct e-commerce features. Social shopping is expanding quickly, but total revenue remains very small. Social commerce drew $16.94 billion in the U.S. in 2018, according to market researcher Technavio. That’s 3 percent of the $513.61 billion in online sales estimated by the U.S. Department of Commerce last year.

China’s young shoppers don’t seem concerned that social media stars—also called Key Opinion Leaders, or KOLs, by marketers—are profiting from their fans. The country’s online payment systems are also highly developed, making it easy to click and buy whenever the spirit moves shoppers. And China’s Gen Z consumers—often coddled by parents and grandparents because they’re an only child, and comforted by relatively good job prospects—now represent 13 percent of household spending, compared with only 3 percent for their U.S. counterparts, according to OC&C Strategy Consultants.

Many Gen Z shoppers in China still buy heavily via traditional e-commerce portals, but they have new entry points. Bytedance Ltd.’s short video app Douyin, known as TikTok outside China and downloaded by 1 billion people globally, last year began integrating with Alibaba’s shopping platforms. Popular Douyin video creators can use the app to tell their Chinese fans about products they’re selling on Alibaba’s Taobao marketplace. Alibaba gains traffic, and Douyin gets a commission if there’s a transaction. Bytedance also allows popular creators to have their own Douyin store to sell products directly on the app.

Tencent Holdings Ltd. and Alibaba have both invested in Bilibili Inc., the Shanghai-based video and mobile game site with 93 million monthly active users that went public last year. Tieups with companies such as Bilibili and Bytedance are helping Alibaba provide a bridge to Gen Z shoppers while creating huge commercial opportunities, says Meng Xiangyuan, senior operations adviser for Taobao’s Anime, Comics, and Games Platform, which has more than 100 million users—half of them born after 1995. Eventually such partnerships will make Alibaba a “complete ecosystem for social e-commerce,” Meng says.

The flood of money to social media doesn’t bode well for big brands and retailers that get cut out of the conversation. Gen Z’s buying habits have the potential to hurt businesses that “can’t buy the same kind of attention and trust,” says Elijah Whaley, chief sales and marketing officer of Chinese influencer marketing platform Parklu. Whaley points to Chinese internet celebrity Zhang Dayi, who famously told Women’s Wear Daily in 2017 that she outearns Kim Kardashian West. Zhang sidesteps traditional brands by selling her own labels, asking fans for real-time feedback on styles and customizing products in small production runs that make fast fashion look slow.

It’s also hard for companies to predict which KOLs China’s Gen Z will decide to follow. Guan, the Shanghai student, takes her cues from a beauty influencer called Xiao Zhu Jie Jie, who’s popular among her 4 million Weibo fans but hardly a household name. Guan likes her because she provides “objective advice” on choosing cosmetics and skin-care products after testing them herself. Guan occasionally goes directly to Xiao Zhu’s own storefront on Alibaba’s Taobao marketplace, where bloggers sell mostly niche cosmetics, not big brands.

The Xiaohongshu platform also has its own e-commerce mall to which the posts on its site can link. The company is backed by Alibaba and Tencent, and the reach of its social media section is vast: Its 220 million users create more than 3 billion posts a day on fashion, beauty, and other lifestyle topics. Its users, more than 50 percent of them born after 1995, count on it to steer them to products much in the same way previous generations might have used traditional advertising.

“I’ll first go to Xiaohongshu or other social media platforms to seek advice from bloggers who have used products,” says Crystal Yu, a 21-year-old college student in Shanghai. “I rely on them to help me filter the options.”

BOTTOM LINE - China’s Gen Z consumers account for 13 percent of household spending, more than four times that of their U.S. peers. They increasingly spend that cash via social media.

Social Commerce: What You Need To Know To Sell On Social Media