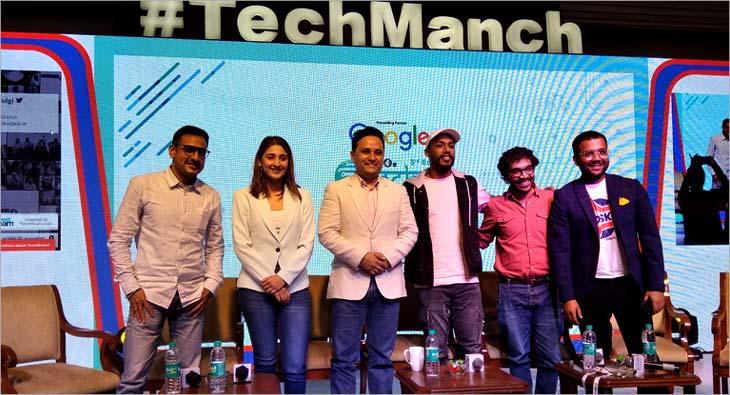 Vengurlekar began the session on a lighter note, calling influencer-marketing an 'influenza' that is becoming infectious, so much so, that no one can just get enough of it.

DJ Suketu shared his perspective on how digital media creates opportunities for discovering talent and content creation. He said, "If we see 20 years ago it was just the music and the performance, but the last 5-6 years have been completely fantastic in exploring a lot of new talent through digital platforms like YouTube.”

“It's just you have to see who's trending and what's happening since it has opened the market a lot. Also to collaborate with someone we don't need to be physically present with them because music creation happens in your studio on the Internet through YouTube that just needs to be shared."

Allahabadia added, "It started 3-4 years back, when I used to listen to rap and so I just tried putting down my thoughts together as I was suffering from a heart break. I released a song called 'girlfriend' and it just blew. My intentions were very pure without any marketing plan in my mind nor to establish myself as a rapper on YouTube. At that time people were not aware of doing videos and doing a song, but now it's a bit easier. So after that song I learnt about what is mixing mastering of songs, sound arrangements, how it can be marketed. I think no strategy works but the only thing that works is that it should touch the hearts of your listeners."

On brands investing in content creators, Tripathi said," I think it's a very temporary phase which is becoming a wave right now. Brands are investing in these content creator's or cash makers who then start sending their voice to their network. So it's important to know the authenticity of an influencer, of what is their ethics and what they do, as they may bring a bad name to the brand too. So it's very important to identify an influencer."

Tripathi elaborated how he has innovatively used marketing tools and social media for his books.

“My book ‘Raavan: Enemy of Aryavarta ' is launching on July 1 and so our marketing strategy was to create a dialogue with readers. We created a face filter of Raavan that could insert any reader into it with Raavan's headgear, moustaches, so that the reader could post it on his Instagram story and Facebook."

Bhanushali spoke about her song ‘Vaaste' getting the fastest 200 million views on the T series YouTube channel, her social media mix and on the strategy to achieve  numbers.

"It's just the people who love social media and if you create a good song it reaches numbers on its own and it's not me it's the entire team which did it,” she said.

About endorsing brands Bhanushali said," I want to be a pop star and want to associate with brands which go with the idea I will only endorse brands I use personally."

Hirjee spoke about the changing landscape when anyone can be a celebrity through influence- marketing. “It’s all about playing to the gallery when you are an Instagram influencer. Entertainment has become extremely simplistic, and to entertain all you need is serious guts.