Tech Tent: The power of influencers 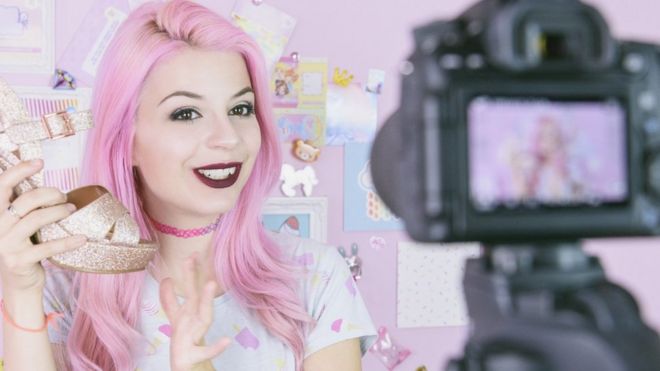 Would you buy a pair of shoes because someone on Instagram said they were great? Or choose a new phone based on the recommendation of a top YouTuber?

If so, you are proof of the effectiveness of influencer marketing. On this week's Tech Tent podcast, we explore the phenomenon.

Influencers - social media stars with big followings - have been under the spotlight this week for two reasons.

First, the UK's Competition and Markets Authority revealed that 16 influencers had promised to be far more transparent when paid to promote a product.

The regulator has taken a dim view of celebrities posting images of themselves with an "awesome" product, without mentioning that the "fabulous" company behind it has paid them a tidy sum to be quite so enthusiastic.

They will now be encouraged to use hashtags such as #ad, #sponsored or #freebie to give their fans a clearer picture of what's going on, otherwise they could land up in court.

But this week also saw the release of two documentaries about the disastrous Fyre Festival, which appeared to be the apotheosis of influencer marketing. It showed the power of the influencers. Kendall Jenner was reportedly paid $250,000 (£190,000) for one Instagram post promoting tickets that rapidly sold out.

It raised questions about the ethics of this form of marketing. The supermodels and other celebrities were happy enough to take money from the Fyre Festival organisers. But when the whole event turned into a fiasco, they faced no consequences for taking part in a very dishonest marketing campaign.

"We can see how precarious that is in terms of the legitimacy of those campaigns," says Dr Mariann Hardey, associate professor in marketing at Durham University.

She is a sceptic about influencer marketing and tells us it is really just another form of that age-old advertising technique, the celebrity endorsement.

"I don't think this is the holy grail. Influencers simply amplify traditional marketing methods and strategies," she says.

But Werner Geyser, founder of the Influencer Marketing Hub, which helps connect influencers with brands, disagrees and tells us he has numbers to back up his argument.

"Recently we conducted a survey and we analysed 2,000 campaigns from influencers. And what the research displayed was that there was an average earned media value of $5.20 per dollar spent," he says.

That earned media value turns out to include something as nebulous as "increasing brand awareness", but Mr Geyser insists companies do see real returns in the form of extra sales.

He says we should not underestimate the power of these influencers or the bond between them and their followers.

"These audiences are following them for a reason. They share common interests so they almost act as a media outlet themselves. They have massive, massive reach."

The question is how they use that influence. Too many Fyre Festivals and they may tarnish their own brands, making them less attractive to advertisers.

But even if the current social media stars fade, more will come along and brands will be eager to use them to connect to young people who live their media lives on YouTube and Instagram.