Op-Ed | The Truth About Micro-Influencers NEW YORK, United States — In a recent survey, 64 percent of marketers said they would prefer to work with micro-influencers (those with 5,000-100,000 followers), versus 16 percent preferring to work with celebrities. While there is no sole definition of a micro-influencer, there is a general consensus in the marketing press that micros are the new holy grail of influencer strategies: easier to collaborate with and more likely to drive action among their engaged audiences.

But should brand marketers throw all their budget into micro-influencers? As you look to scale and segment your influencer programmes, it’s important to ground yourself in data and align your efforts to the activities best suited to each type of influencer. The most successful programs we’ve seen among brands align influencer marketing with marketing and business objectives and work backwards to establish an effective mix of influencers.

No one type of influencer (celebrity, mid-tier, micro or nano) is likely to carry your marketing efforts on social media. It takes an army of micro-influencers to generate impact, and even then, it remains marginal in the total influence ecosystem of most brands. Marketers should take a holistic approach, as each tier of influencer has its own benefits.

We looked at the beauty industry as a microcosm to understand the impact of micro-influencers on reach and engagement for brands. Based on an analysis of the US influencer landscape using Traackr data covering the first six months of 2018, we discovered their impact on four very different beauty brands:

First, we looked at activity level to see how many influencers have mentioned each brand based on their audience size. Two striking facts emerge: 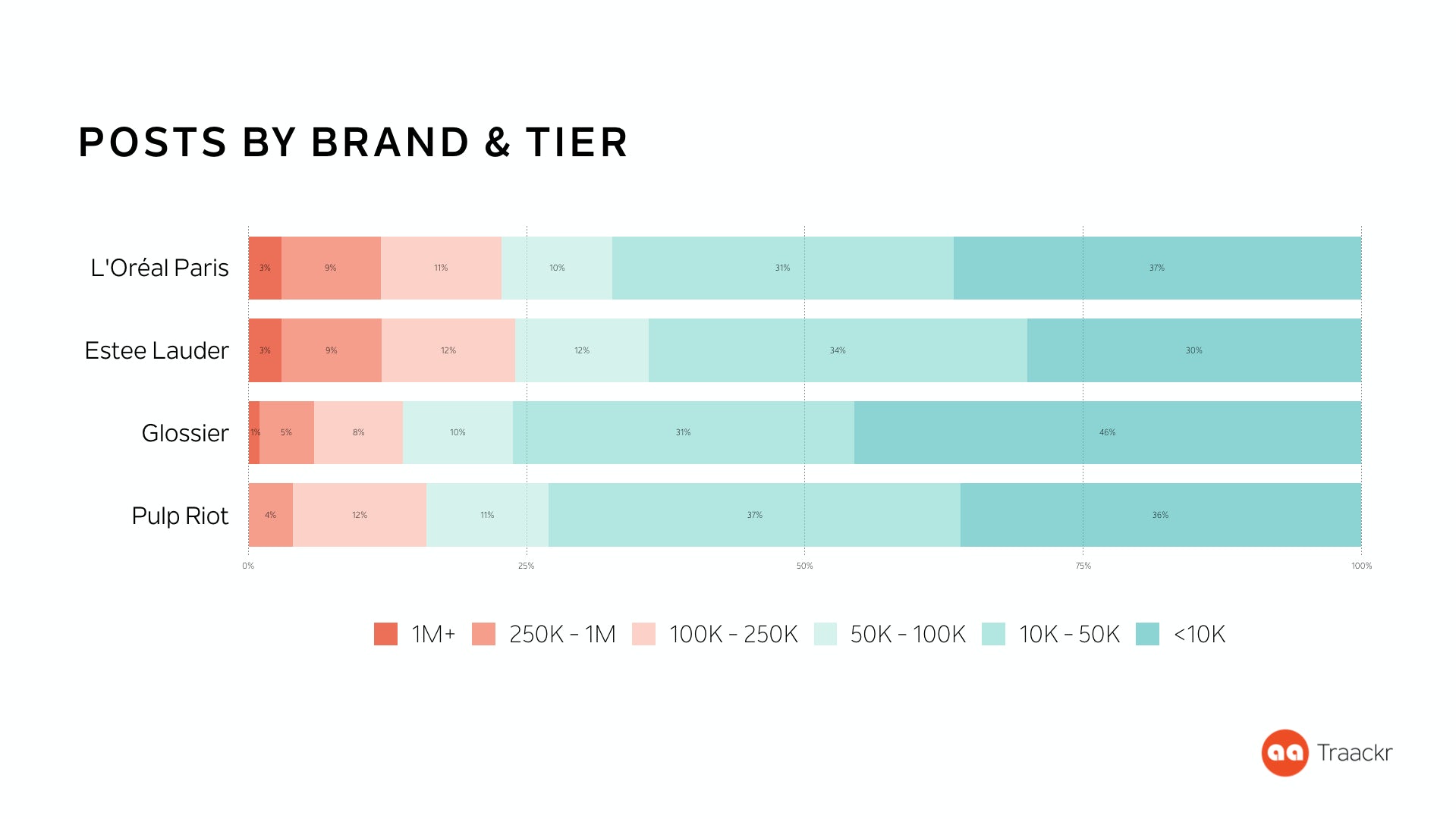 Micro-influencers typically fail to establish significant reach, even as a group 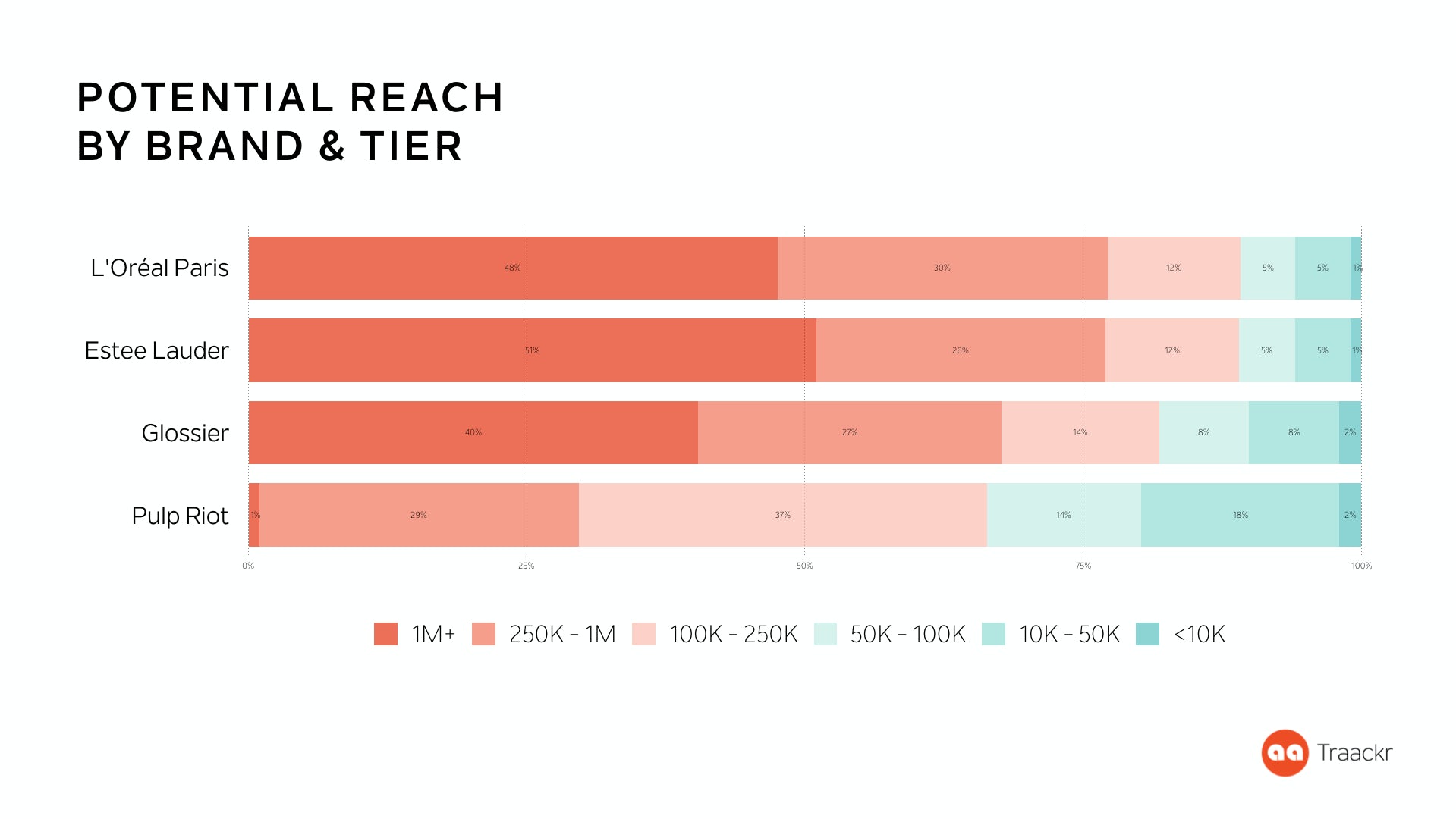 Micro-influencers outperform in engagement rates, but don’t compare to their macro counterparts in overall engagement

At the end of the day, macro-influencers command engagement. 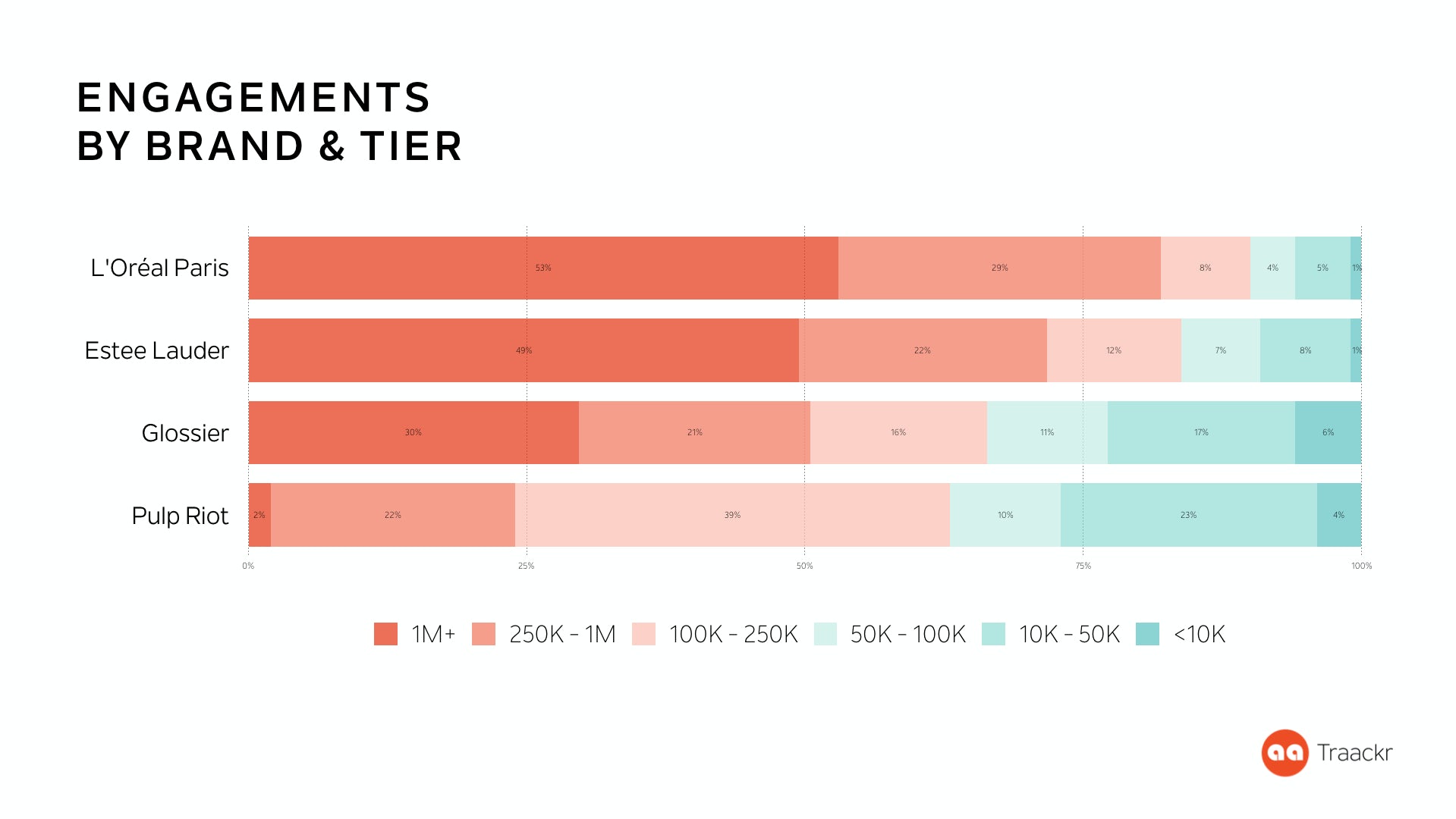 So what does this mean for your influencer program?

It’s not that micro-influencers are not valuable. Quite the contrary, they are great partners for reaching niche communities and driving attendance at local events. Perhaps the greatest strength of micro-influencers is their ability to create fresh and authentic content that can be used by brands to amplify through their own channels (otherwise few people will see them!)

For the four brands featured, micro-influencers accounted for 67 - 82 percent of all influencers mentioning the brands. 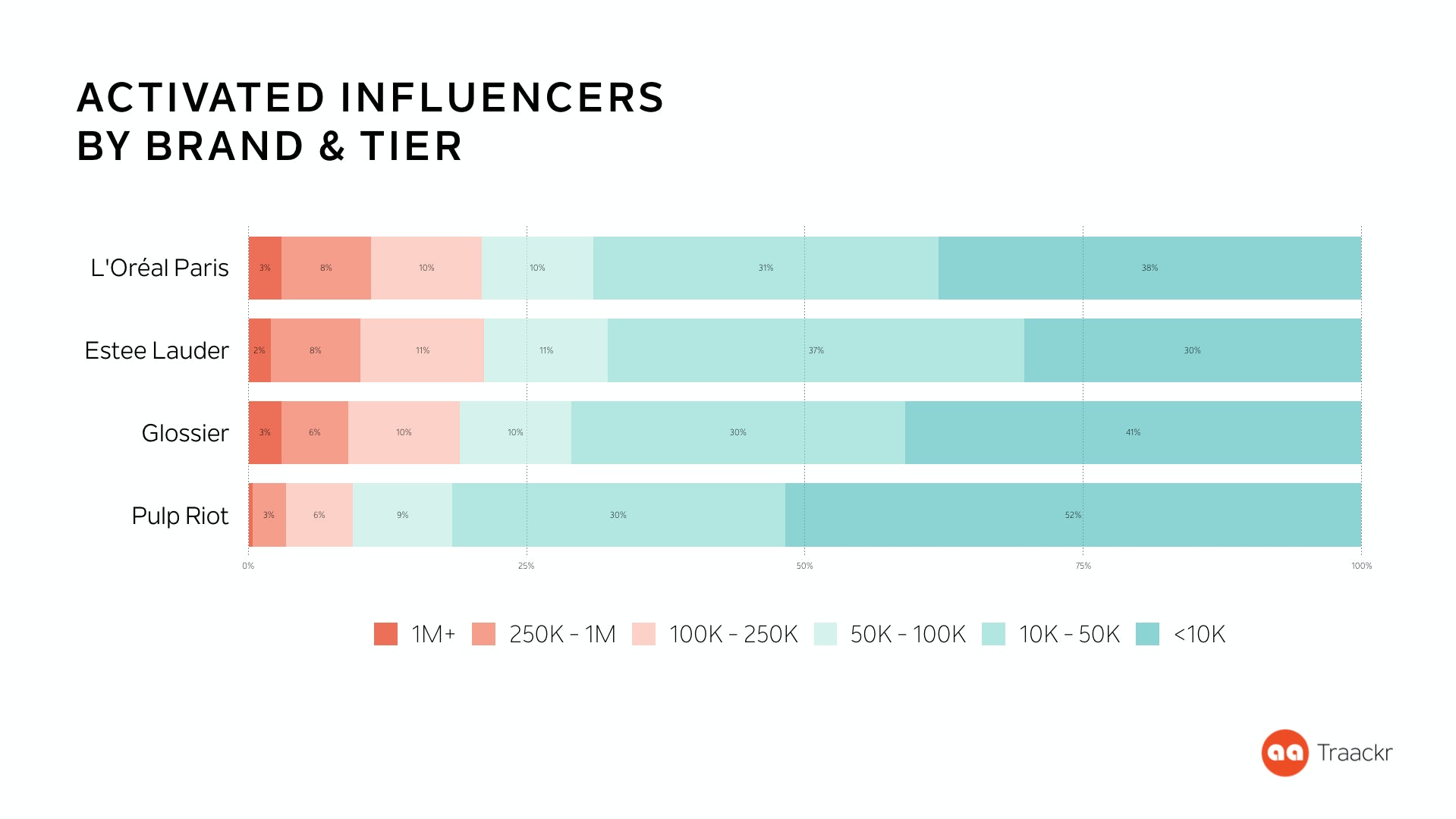 When designing micro-influencer programs, efficiency is the name of the game. Here is where technology can support your efforts to build authentic, data-driven relationships at the scale you need to make an impact.

Behind the hype, the reality of influence remains striking. Some people have a disproportionate impact compared to others and it’s critical that brands establish a very data-driven approach to their influencer strategies to ensure they optimise ROI.

5 Pro Tips to Bring Your Tweets to Twitter Trending Lists