Is TikTok Influencer Marketing the Next Generation of Marketing? 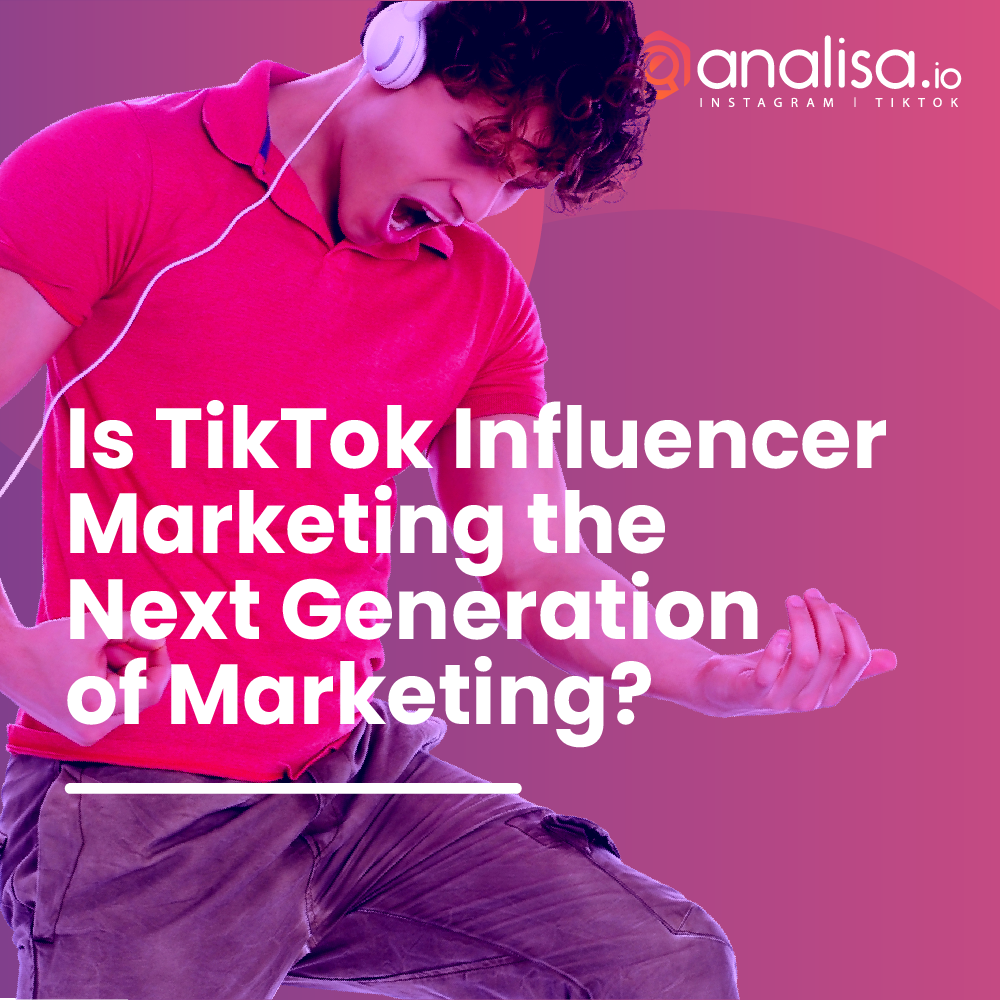 According to a study by Influencer Marketing Hub, 79 percent of brands in a survey said they predominantly go to Instagram for influencer campaigns. This is compared to 46 percent who go to Facebook, 36 percent who go to YouTube, and 24 percent who go to Twitter. Social media is continuously evolving, of course, as are the trends and tastes of its users. In 2019, creative short-form video was the name of the game, and TikTok the platform that everyone was talking about.

With its selection of editing tools – including copyright-free music, soundbites, filters, and AR effects – TikTok has naturally borne a more stylised and slick style of content; designed to truly entertain rather than to portray a lifestyle that people want to emulate (or buy into). Now with TikTok now surpassing one billion global downloads, brands are naturally trying to tap into the platform’s influencer opportunity.

Instagram will remain the preferred platform for influencer marketing but maybe TikTok will start to eat into their market share. According to a recent report, TikTok has surpassed 1.5 billion downloads around the world. When you compare social media apps, only WhatsApp and Facebook Messenger have more downloads. That’s an amazing feat for an offering that debuted in the international market in September 2017.

Next year, expect TikTok to continue its meteoric rise thanks to its aggressive marketing campaigns and investment in geographic expansion. This is the platform to watch in 2020 for a number of reasons.

TikTok started out as Musical.ly – an app that largely featured teens lip-syncing to their favourite songs. In its reincarnation, TikTok still heavily revolves around music, but its content has expanded to a variety of niche interests including comedy, dance, beauty, and sport. An interesting element of the platform is that the best, most creative, and entertaining videos tend to generate the most reach, making the barrier to entry (for influencers) higher than platforms like Instagram and YouTube, where follower-size or fame hold more value. Another difference is that TikTok does not care who knows who on the platform, instead focusing on the content that people enjoy.

Consequently, rising influencers on TikTok are typically chosen for what they produce rather than the size of their following. This is the case at the moment, anyway, but it could change as the platform continues to grow. Of course, there are well-known creators on TikTok, but these examples have typically grown in correlation with the platform’s popularity. This means that brands who usually work with a certain type of influencer on Instagram might choose to go down a different route on TikTok, and instead look for creators which align to the platform’s more creative and self-expressive style.

One example is Gymshark and its ’66 Day | Change Your Life’ challenge, which involved partnerships with six different influencers. One of the six was Twin Melody – an account that has 6.3 million fans based on TikTok analytics but just 966,000 followers on Instagram. By partnering with Twin Melody, Gymshark was able to capitalise on the creator’s popularity on TikTok (which stems from users’ interest in dance and acrobatics), which ultimately contributed to the campaign’s success. Mediakix reports that it generated a reach of 19.8 million users.

Social Commerce: What You Need To Know To Sell On Social Media