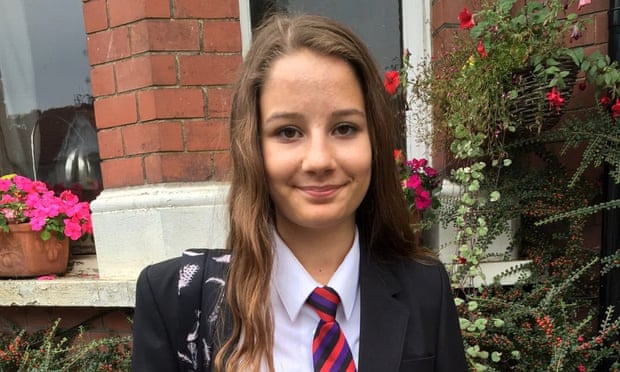 Instagram will introduce “sensitivity screens” to hide images of self-harm in an attempt to protect young people who use the site, the app’s head has announced.

Adam Mosseri, who took over Instagram after the app’s founders departed suddenly in 2018, has promised a series of changes following the death of the British teenager Molly Russell, whose parents believe she took her own life after being exposed to graphic images of self-harm and suicide on Instagram and Pinterest.

The Facebook-owned app already bans posts that promote or encourage suicide or self-harm, Mosseri said, but faces challenges in finding those posts to take them down, as well as ensuring that users can still share imagery related to those topics in ways that allow them to express themselves but do not amount to incitement.

That includes “sensitivity screens” for images of self-harm, which blur the image behind them until the user explicitly indicates they want to view the graphic content. The company has also blocked images of cutting from showing up in search, hashtags or account recommendations. Mosseri said the changes would make it more difficult for people to see those images.

The company is also investing in “engineers and trained content reviewers”, who are working “around the clock to make it harder for people to find self-harm images”, Mosseri said in a comment piece for the Telegraph newspaper.

Mosseri also committed to “better support people who post images indicating they might be struggling with self-harm or suicide”.

“We already offer resources to people who search for hashtags, but we are working on more ways to help, such as connecting them with organisations we work with like Papyrus and Samaritans,” he said.

Mosseri’s promise comes a week after Facebook was issued with an ultimatum by the health secretary, Matt Hancock, to get better at protecting children on Instagram and Facebook’s main app, or face the force of the law.

“It is appalling how easy it still is to access this content online and I am in no doubt about the harm this material can cause, especially for young people,” Hancock wrote in late January. “It is time for internet and social media providers to step up and purge this content once and for all.

“As health secretary, I am particularly concerned about content that leads to self-harm and promotes suicide.

“Suicide is now the leading cause of death for young people under 20. Levels of self-harm are rising among teenage girls in particular. Like any parent, I was horrified this week to learn of 14-year-old Molly Russell, who tragically took her own life. Molly was just two years older than my own daughter is now, and I feel desperately concerned to ensure young people are protected,” Hancock added.

In the UK, Samaritans can be contacted on 116 123 or email jo@samaritans.org. In the US, the National Suicide Prevention Lifeline is 1-800-273-8255. In Australia, the crisis support service Lifeline is 13 11 14. Other international suicide helplines can be found at www.befrienders.org.