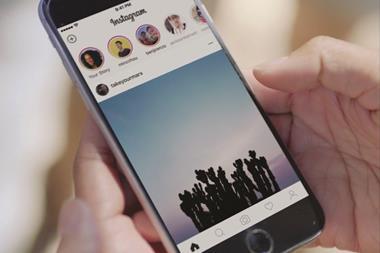 In an interview with the Financial Times Mosseri, 36, said the Facebook-owned company was aiming to “unlock the value of customers, sellers and influencers” by adding a shopping button and "native checkout" to the site’s retailers, in order to “connect the dots thoughtfully” between different players in the ecosystem.

The in-app ‘shoppable’ function has been trialled on a limited number of accounts including ‘super influencers’ Kylie Jenner, Nike and Kim Kardashian’s beauty brand KKW.

The roll-out could turn the app, which has one billion users, into the world’s largest marketplace for digital "window shopping" whilst generating billions in revenue for the company through commission on transactions.

Industry analysts have noted that the move has the potential to disrupt the online retail ecosystem.

Under the plans, users would be able to tap items and deposit them in a shopping bag as they go, so they can stay in the app to browse around before proceeding to the checkout in Instagram.

This functionality, which could initially require partnerships with payment processors in various countries to complete transactions, would enable Instagram to compete directly with the like of global marketplaces such as e-commerce giant Amazon and Chinese giant Alibaba.

However, whilst trials of the functionality are continuing, Mosseri told the FT he didn’t envisage Instagram to be in position to roll it out as a fully shoppable app in the near future, describing it as a “five to 10 –year project.”