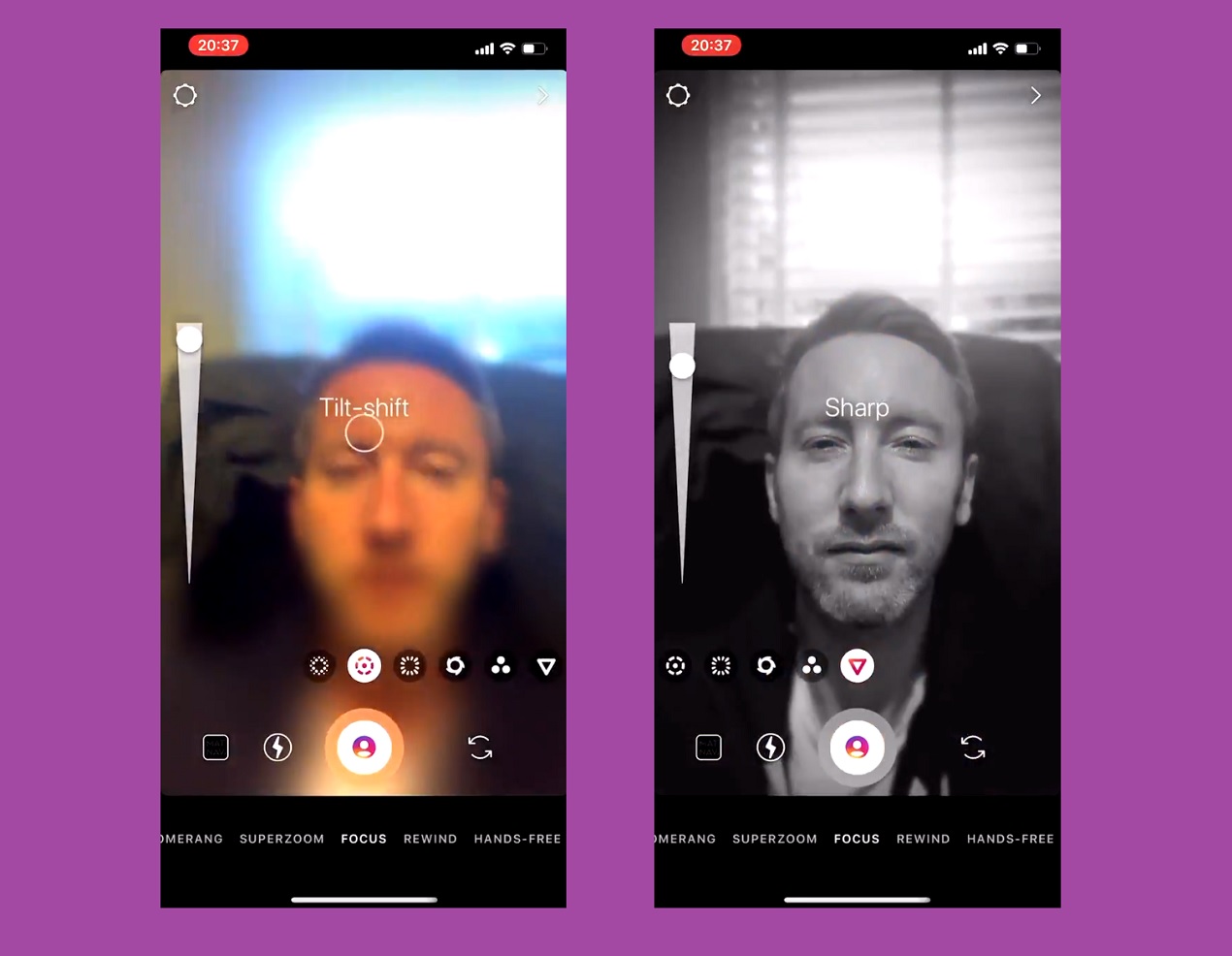 Over the past couple of years Instagram has really been trying to push its Stories feature to its users, and for the most part it has been successful. However, the world of social media tech is one in which you need to constantly be innovating otherwise you are going to be left behind, so in order to keep up with the times Instagram will be rolling out a new “Focus Mode” that will involve a bunch of new features.

According to social media app researcher Matt Navarra, Focus Mode allows you to change the point of focus in your camera while you are recording a video for your Story, and there are a few different focus options available. Apart from the standard focus option you will be getting a tilt shift option which will blur the edges of your image, a circular option that will leave most of the image blurry with a circular patch of clear image in the center, a zoomed mode which will put your face in focus and create a halo like field around your face, a circular option which is quite similar to zoomed mode, a vintage option which is basically just another filter as well as a sharp option which turns your image black and white.
The response to this upcoming update has been mixed. Most users are complaining about how these modes and options don’t really add much to the Stories experience, with one Twitter user humorously tweeting that they just want what Snapchat is already giving them, making it clear that Instagram is not doing much to win its target audience with the updates it is about to roll out.