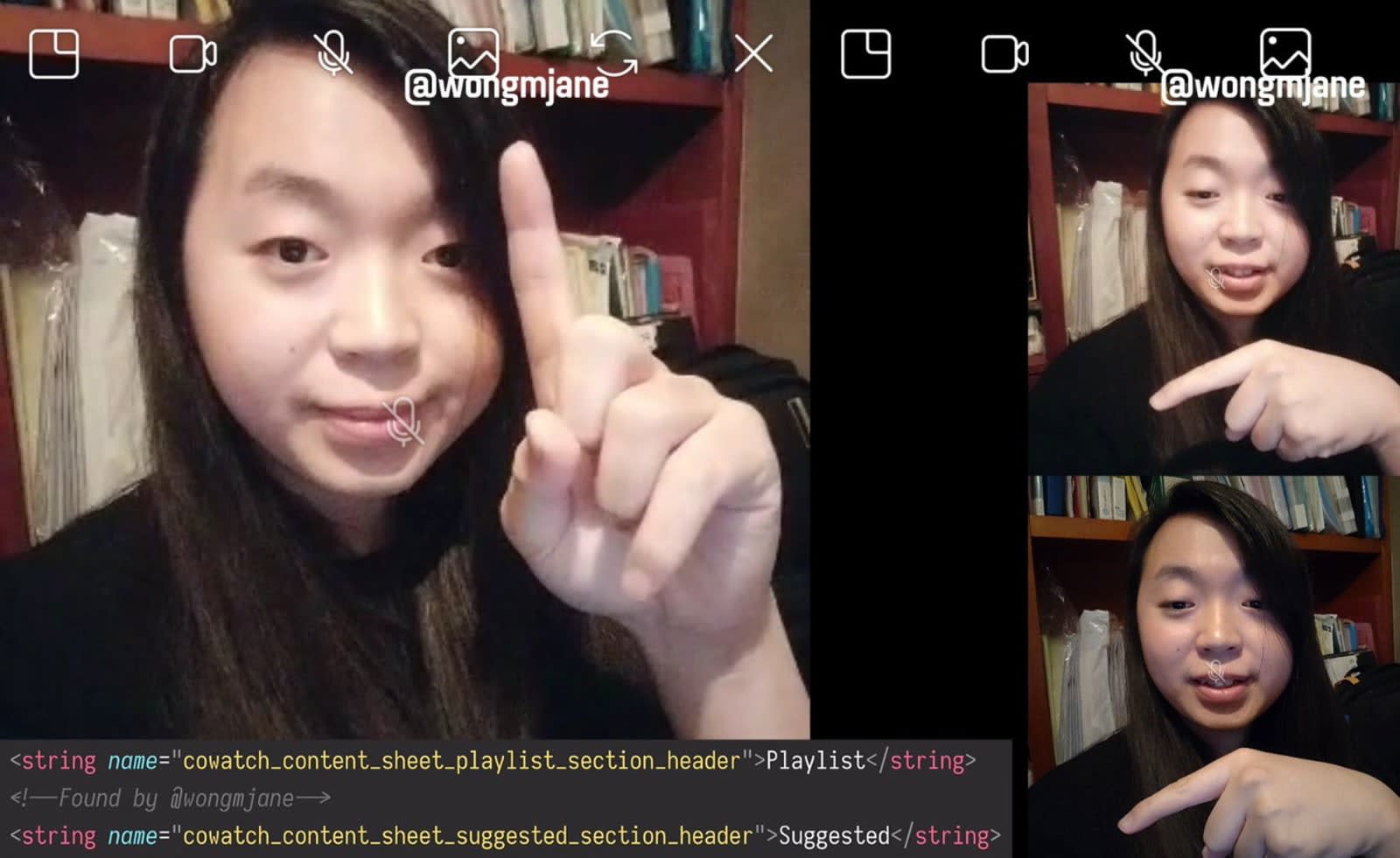 The only thing better than watching great videos is hate-watching terrible ones while making jokes about them with friends. Facebook caught onto that idea with its Watch Party feature, and it might soon bring something similar to Instagram, according to code uncovered by reverse-engineering expert Jane Manchun Wong. A feature called "cowatch" could let you and others watch Instagram stories, videos, Instagram TV (IGTV) or other content in a similar way to Watch Party.

The feature was tucked into Instagram Direct Messaging code spotted by Manchun, who previously discovered that Facebook was testing dating before the feature appeared in several countries. Code indicates that you would be able to cowatch content from an Instragram playlist or via suggested videos from Instagram. It's not clear if other features like picture-in-picture with friends would also be available. Facebook has also been testing a similar feature in its Messenger app.

All of this seems part of Facebook's new push to create more private, rather than public interaction, helping users discover new creators while also, of course, boosting its ad revenue. Facebook plans to unify its apps by building a common messaging platform for Instagram, Whatsapp, Messenger and Facebook, it said.

So far, Watch Party on Facebook has been a success, with 12 million videos viewed from Groups from July to November. Those apps generated eight times more comments, and given how much Facebook likes engagement, it makes sense to bring the feature to Instagram and other apps.