China’s WeChat is the latest to get Snap-like ‘Stories’ 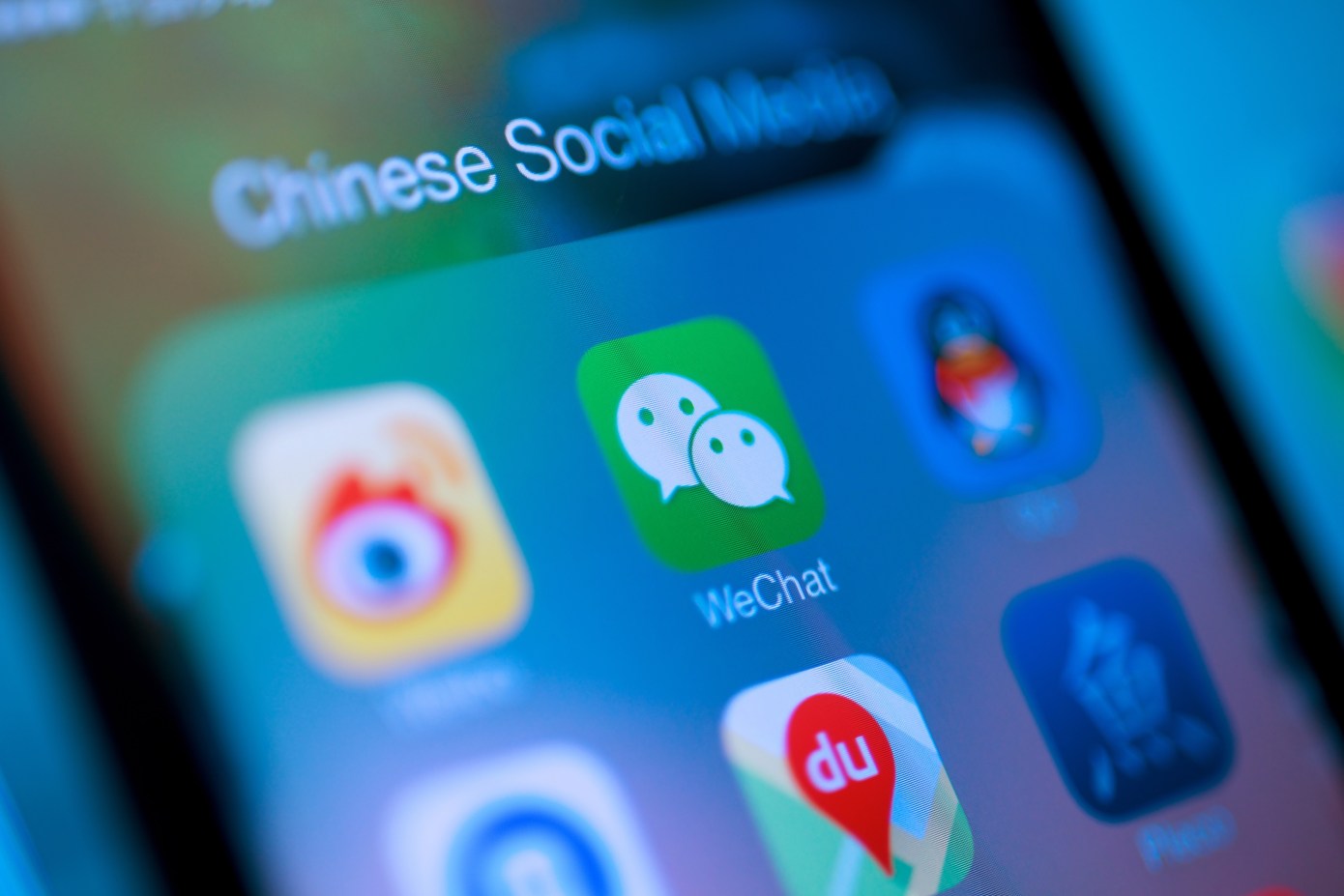 WeChat,
the Chinese messaging giant with more than 1 billion monthly active users around the world, just added a Snap-like ephemeral video feature as part of its biggest overhaul since 2014.

The revamp comes as Tencent, which owns stakes in Snap, sees increasing rivalry from up-and-comers like video app TikTok and news app Jinri Toutiao. WeChat has, over the years, morphed beyond a straight-up messenger to include many utility purposes. With more than 1 million lightweight apps up and running, users can accomplish a long list of tasks, ranging from shopping to ride-hailing, without ever having to leave WeChat.

Meanwhile, some have expressed frustration over WeChat’s core as a social app. Moments,  a feature akin to Facebook News Feed, was once a haven for close friends to share articles, photos and videos. But newsfeed content became blander over time as people’s contact list grew to include their bosses and their local fruit seller who needs to be added as a friend to process WeChat payments.

WeChat founder Allen Zhang is known for his obsession with user experience and has been cautious with tweaks, so a major redesign to the super app is effectively a guidebook for where WeChat is headed for the next few years.

The new off-the-cuff video feature, aptly named “Time Capsule,” is one of WeChat’s more noticeable updates. In the past, users shared videos to three main destinations: A friend, a group chat or Moments. This route remains unchanged, but with Time Capsule, users also can upload videos of up to 15 seconds that disappear after 24 hours, similar to how Snap  Stories and its slew of clones,  including Instagram  Stories, work. Meanwhile, Snap also has drawn inspiration from Chinese apps in a recent redesign. 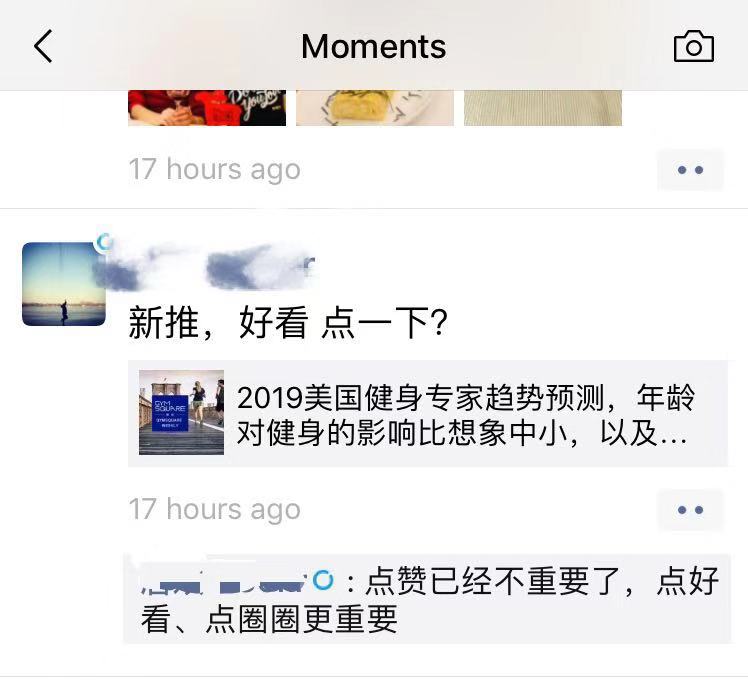 A blue ring will appear near the profile of those who have recorded an instant story. Screenshot by TechCrunch

Different from Instagram, which recently started allowing users to share Stories to close friends, WeChat doesn’t let users share Time Capsule videos to friends yet. Instead of lining up all the instant videos at the top of the app as Instagram does, WeChat is asking users to find them in less conspicuous ways: On Moments, in a group chat or in one’s starred friend list, a blue ring will appear near the profile of those who have recorded instant stories.

These secret entry points mean users are prompted to watch videos of those they know well, as they rarely click on the profile of, say, a fruit vendor.

Time Capsule is also a step up from WeChat’s old video sharing tool, with additional features such as locations and music, functions that are ubiquitous in TikTok  and other short-form video apps. Users also can react to Time Capsule videos by blowing virtual “bubbles,” whereas the old video format doesn’t allow such interaction. 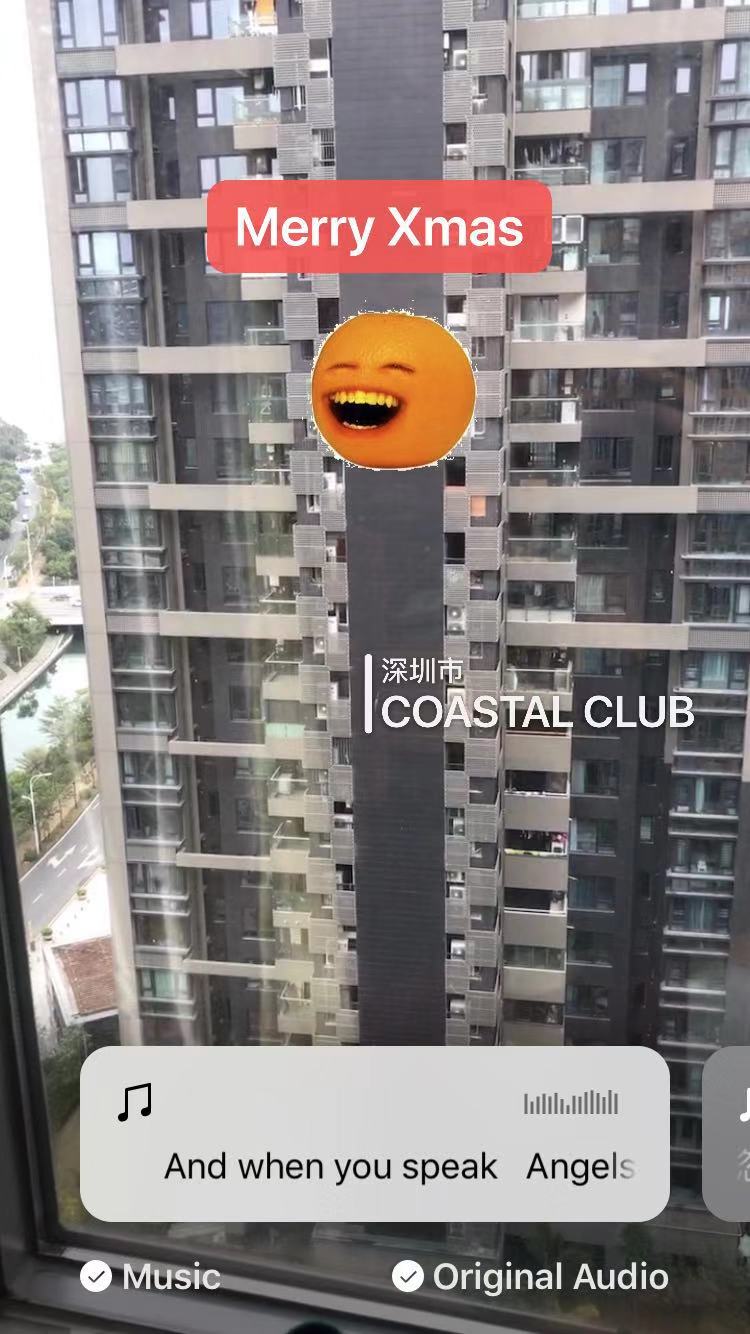 Time Capsule is a step up from WeChat’s old video sharing tool, with additional features such as locations and music. Screenshot by TechCrunch

While Time Capsule is not necessarily a direct challenger to TikTok — a product of the world’s most valuable startup ByteDance — it enriches the video experience for users who want to give close friends a window into their life. TikTok, by comparison, delivers content by relying on artificial intelligence to read users’ past habits rather than studying their social graphs.

That said, WeChat has shown signs to catch up with TikTok by rolling out a dozen video apps this year. While Tencent blocks TikTok videos from being shared to WeChat, its own proprietary video app Weishi gets preferential treatment. When users choose to record a video on WeChat, there’s an option to record it via Weishi. But Tencent’s short video fleet has a long way to go before they reach TikTok’s global dominance of 500 million monthly active users.

Another WeChat update also appears as a response to a popular ByteDance app. While WeChat users could show appreciation for an article by clicking on a “like” button, there was no effective way in the past to know what their friends enjoyed. The revamped WeChat now lets people see all the articles their friends have liked under one single stream called “Wow.”

That’s a feature that ByteDance’s  Jinri Toutiao news app cannot rival, as Wow is built on billions of users who know each other, unlike Jinri Toutiao, which relies on AI personalization like its sibling TikTok. WeChat is already colossal and can never please every user, but its new move shows that it’s paying close attention to whoever that may steal its users’ eyeball time away.