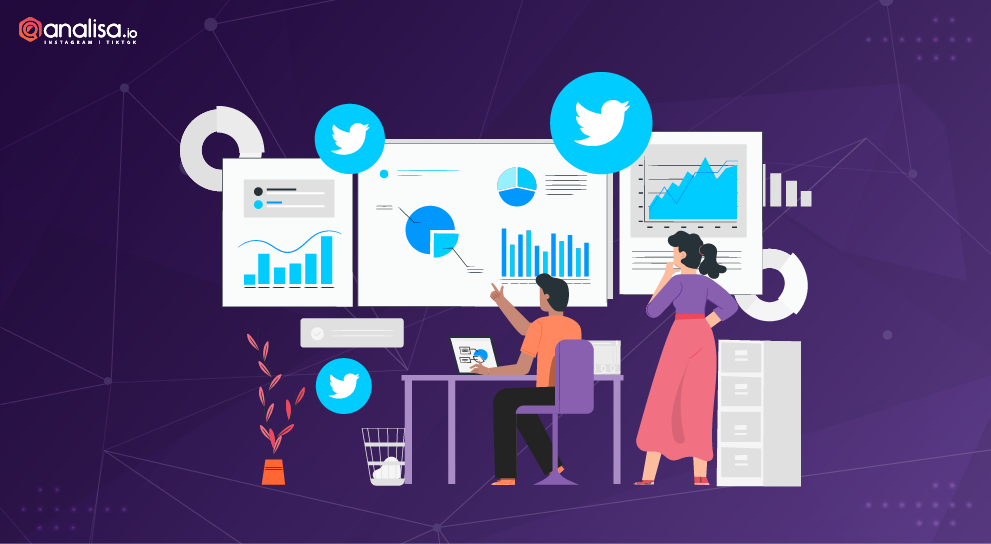 Twitter has become a go-to social network, where people find out what is happening in the world to hop on the newest trend. Twitter has long become one of the most up-to-date news sources, a customer service channel, and a networking site. For creators and brands, having a good Twitter presence means you have a bigger opportunity to connect one-on-one with your customers while also improving your brand awareness. To use Twitter effectively, first, you need to understand Twitter analytics. This is a Twitter data analysis tool that allows you to track the performance of your Twitter account. In this article, we are going to discuss how to use Twitter analytics effectively to improve Twitter engagement.


There is no doubt that there are many benefits to using Twitter analytics for your social media marketing strategy. These are a few benefits you can get:


You can get many valuable Twitter insights using Twitter analytics. This is important because it offers you the potential to discover which tweets are performing the best. With this data, you can publish content aligned with what works best for you. Furthermore, if you notice through your tweet analytics that a tweet has performed particularly well, you can turn the tweet into an ad.


Twitter analytics' metrics are the result data that you track to measure your success on Twitter. These metrics can be found in your Twitter analytics. Metrics alone will not have any meaning since the standards for success for an account can vary depending on variables like industry niche or business size. Your Twitter metrics need to be analyzed for a specific purpose, like seeing if you met your social media goals or understanding if an ad campaign succeeded. To use Twitter analytics effectively, here are three main Twitter metrics that you need to know:

Impressions are the frequency of your Tweets that have been organically seen by other Twitter users during a reporting period. This metric includes Retweets and Quote Tweets when they’re performed by others. Impressions can be tracked at both the individual Tweet level and the overall account level.

The top follower metric that you can gather from Twitter followers tracking. This feature displays the most influential person you’ve gained as a follower within a month. This Twitter data analysis metric is important because when you analyze Twitter followers, you’ll know who is the most influential follower you’ve just acquired and you can start building a more intense interaction with that person.

This metric shows your most popular tweet of the month. This metric gives you a clear indication of what type of content your audience is the most engaged in, which will help you focus on creating more content like this. In addition, you can turn this tweet into an ad, to improve the results because when a tweet performs well organically, chances are it will perform even better as a promoted tweet.


Twitter users are active at different times of the day. That is why you need to know what time of the day your targeted audience enjoys their time on Twitter and seeing your tweets. You can publish your Tweets during the active time to increase the chance to get more Twitter impressions.


Twitter analytics provides you with the stat that can help figure out when your followers are most engaged during the day. Understanding Twitter analytics will give you bigger chances to reach your social media marketing strategy goals through Twitter. Once you have successfully understood Twitter analytics, you can plan your next strategy such as choosing the right Twitter influencer, improving Twitter engagement as well as measuring your Twitter performance.