It pays to be connected via social media, especially if you’re running a multi-billion dollar company.

Global business advising firm Brunswick Group conducted a study to determine the top 100 connected CEOs, based on their digital presence and factors like activity, whether or not they’re verified, and their use of four main social media platforms: Twitter, Facebook, Instagram, and LinkedIn.

The Connected Leadership Survey, which tracked the social media presence of 790 business leaders, shows that only 48% of CEOs in the S&P 500 and FTSE 350 have social media accounts. Despite this, employees say they would prefer to work for CEOs who have a social media presence, by a ratio of two to one. LinkedIn is the most popular platform for CEOs, with 44% of them maintaining a presence on the site.

“Leadership has been fundamentally redefined,” said Craig Mullaney, a partner at Brunswick Group, in a Brunswick press release. “A modern leader needs to influence, inspire, and inform people with direct, engaging, and authentic digital communications.”

Walmart CEO Doug McMillon earned the top spot for his frequent photo and video content, which show both his professional and private life. He’s also verified across all four social media platforms.

Despite being titans of social media, Facebook CEO Mark Zuckerberg scored 670 on the index, ranking him 51st in the top 100, while Twitter CEO Jack Dorsey is ranked 69th.

Here are the top 10 connected CEOs.

10. Ed Bastian is the CEO of Delta Airlines

9. Lynn Good is the CEO of Duke Energy

8. Mary Barra is the CEO of General Motors

7. Ben van Beurden is the CEO of Royal Dutch Shell

6. Hans Vestberg is the CEO of Verizon Communications

5. Dan Schulman is the CEO of PayPal

4. Adena Friedman is the CEO of Nasdaq

3. Ramon Laguarta is the CEO of PepsiCo

2. Brent Saunders is the CEO of Allergan

1. Doug McMillon is the CEO of Walmart 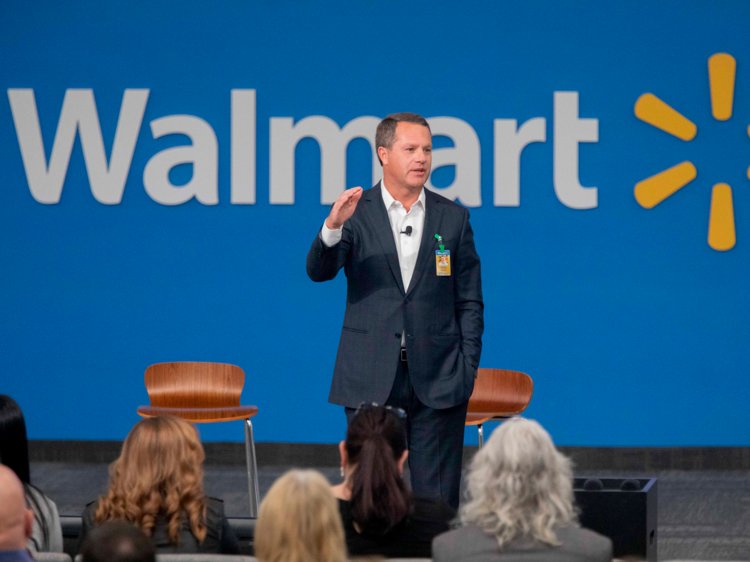